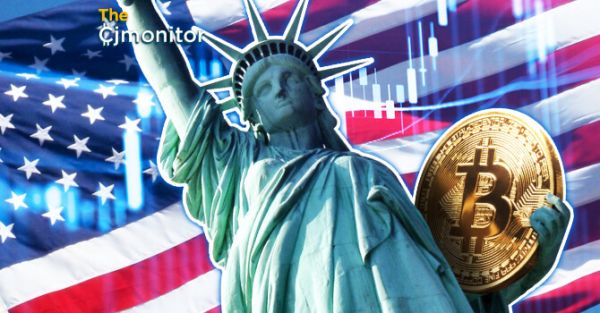 At the time of writing, there are 2,530 different types of cryptocurrencies with a market value of around $ 123 billion (half of which are in Bitcoin).

By the time you read this, there will be more cryptocurrencies on the market, but there is no telling which direction the valuation will go. What we can talk about now is some demographics and characteristics of the Americans who own cryptocurrency.

A survey of American consumers was recently conducted. They were asked if they had cryptocurrencies, and if so, how much. Overall, 8% of respondents said they have at least one form of cryptocurrency with an average of $ 8,400.

However, this percentage may increase sharply in the near future - 17% of respondents said that they do not currently own cryptocurrencies, but they may do so in the future.
Here are five surprising statistics about Americans who own cryptocurrency:

Looking ahead, roughly a quarter of 30-year-olds and 1 in 5 Generation X say they could own such new currencies in the future.

# 2: they are richer and more educated than you think. More than a third (35%) of cryptocurrency holders earn more than $ 100,000 a year, while only 16% of consumers with the same income who do not own cryptocurrency. In addition, 37% of consumers of crypto carriers have a master's degree or higher, compared to 14% of other consumers.

# 3: they are more right than you think. It would seem that cryptocurrency holders should adhere to leftist views and more liberal approaches. However, about half identify themselves as right-wing or far-right in the political spectrum.

# 5: they love their banks more than you think. One would assume that crypto holders are anarchists eager to overthrow the existing banking infrastructure. No. Nearly two-thirds of these consumers are not just loyal to their main bank - they plan to do business with the bank in the future. And, most likely, this bank is one of the four megabanks. 67% of crypto holders cite banking leaders as their main institutions, compared to 42% of other consumers.

As for their loyalty to their banks, cryptocurrency holders invest where their money is kept. Nearly eight out of ten of them said that in the past year they referred to their bank when talking to their family and friends. Only half of the other consumers have done so.

And by the way, when asked if they wanted their main bank to make it easier to integrate the offerings of financial technology companies with their existing accounts, almost half said yes.
If existing banks are destroyed, they are not destroyed by the people who own the cryptocurrency.

No. 6. The 6th thing to know about cryptocurrency holders is that they are predominantly male. Three quarters of them are men. And the 56% group that says they can own cryptocurrency in the future are men. But you may have already guessed.