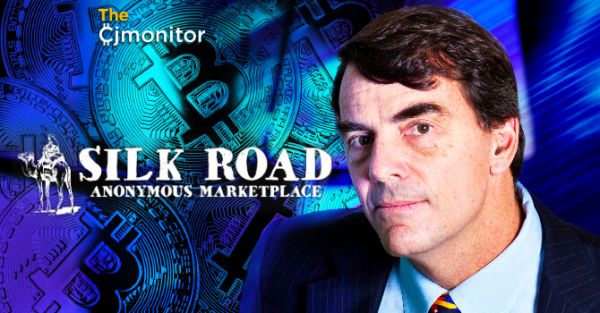 There was a time when bitcoins could be bought in bulk for under $ 1000. One of these visionaries turned out to be entrepreneur Tim Draper.

Popular businessman Tim Draper bought 30,000 BTC confiscated from the illegal darknet drug-selling platform Silk Road. The deal took place in 2014. The sellers of tokens were government agencies of the United States. They sold one coin at the auction for $ 618. However, Draper raised the stake to $ 632 and won. He spent about $ 19 million on the purchase of 30,000 BTC.

In his own blog on CoinDesk, Draper stated that he learned about bitcoin in 2011. Then he became friends with Peter Vincennes, who owned Coinlab. The firm accepted bitcoins as payment for the services provided. Vincennes told Draper that BTC can be used to buy things online.

After that, the businessman became interested in bitcoin. He figured out what mining is, how to use wallets, and send coins. Draper, he says, saw the prospect in cryptocurrency back in 2011. He realized that the BTC rate would rise in the future.

In July 2014, US government agencies decided to sell bitcoins seized from the Silk Road darknet platform for the sale of prohibited substances. United States intelligence agencies have put 30,000 BTC coins up for auction. The starting price of the coin was $ 618. Draper raised his stake to $ 632 per token and won. For 30,000 BTC, he gave $ 18.74 million.

Draper spent his "dirty" bitcoins on the development of blockchain companies in countries with difficult economic conditions. In particular, those that create digital assets to replace fiat money. For example, BitPeso (Africa) and BitPagos (South America) received funding.