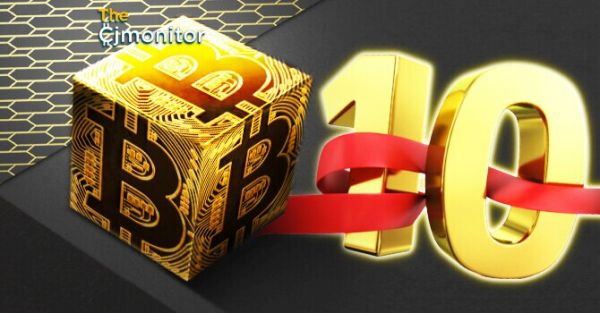 Bitcoin, the world's most famous cryptocurrency, has just celebrated its
decade.

Digital currency has taken many steps towards legitimacy since its first launch, but it won't become a major investment without the involvement of the Securities and Exchange Commission (SEC).

The SEC has yet to give the green light to any bitcoin projects. The agency has already turned down Bitcoin ETF plans from Direxion, ProShares, Tyler and Cameron Winklevoss, the twins who became famous for their legal battle with Mark Zuckerberg over Facebook sponsorship.

Bitwise Asset Management filed with the SEC last week for an exchange-traded fund that can track bitcoin performance.

Another company, Wilshire Phoenix Funds, has filed a bid to sell shares in the fund, which will hold a "mixture" of bitcoins, short-term Treasury bills and US dollars.

The decision on another proposed Bitcoin ETF from mutual fund company VanEck has been delayed. The SEC is delaying ETF decisions and prefers to remain silent on inquiries on the matter.

Matt Hougan, head of global research at Bitwise Asset Management, said the SEC is being prudent and will not rush to approve ETFs for an asset class that is still evolving.

He noted that the SEC took an equally cautious approach to gold ETFs several years ago before approving many of them. The Winklevoss twins said in an interview this week that they agree with the SEC's cautious approach and will wait years for it to approve their ETFs.

Cryptocurrencies such
like bitcoins, present many reasons for caution.

Although the price of one bitcoin was almost $ 20,000 in December 2017, it has since dropped by more than 80% and is holding around $ 3,650. The rise and fall of bitcoin is described by some analysts as the biggest financial panic in history.

“Bitcoin is a speculative asset that is still in its infancy,” said John Ryding, an economist and advisor to Moeda, which uses blockchain technology to help small businesses get loans. “It may take some time for the market to shake out some of the surplus. The good news is that bitcoin has been beaten, but it is still in play. "

Bitcoin optimists,
people like Hougan believe the worst is over. And there is evidence
mainstream adoption.

In 2017, futures
for bitcoins were launched on the Chicago Board Options Exchange and the Chicago Board of Trade
exchange, and mutual fund giant Fidelity also created at the end of last year
a trading platform for bitcoin and other cryptocurrencies.

The famous bitcoin bear Jeff Gundlach of DoubleLine Capital is also positive. He recently told investors that he believed bitcoin prices could rise later this year and return to around $ 5,000. That's far from the currency's high, but still around 35% of current levels. Stable trading could help convince the SEC that it is time to change the official rhetoric.

Others are not so
confident that bitcoins are on the rise.

“We have not seen the bottom in
bitcoin, ”writes Marine Katusa, head of Katusa Research in a recent
report. “The dot-com bubble in the late 90s played out the same way.
Hundreds of companies have experienced a wave of investor sentiment to cash in on
hysteria. Hysteria can only sustain grades for so long
time, and ultimately fundamentals will prevail. "

Hysteria often
replaced by fear. Sharp drop could scare off some investors
forever and ever.

Hugan admitted that on
the cryptocurrency market needs a big shake-up for bitcoin
recovered. There are simply too many digital coins and bitcoin is still
occupies a dominant market share.