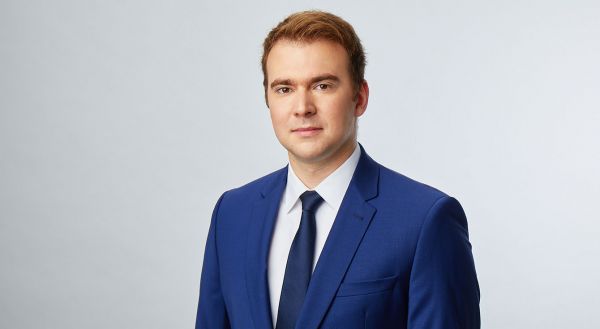 Vadim Timokhin, head of the department for cooperation with Asian financial institutions, Vadim Timokhin, spoke about the creation by the People's Bank of China of a digital currency and how the development of Chinese technologies affects interaction with Russia.

China launches free exchange digital yuan within the Chinese banking system. The People's Bank of China (PBOC) has begun piloting its digital currency after over five years of intensive development work. In southern Shenzhen, eastern Suzhou, midwestern Chengdu, and northern Xiong'an, government officials and government employees receive a small amount of their digital currency remuneration that can be spent at a variety of retail stores and restaurants.

The record holder for the cryptocurrency database will be the People's Bank of China. At the same time, non-banking institutions will not be able to provide exchange services for clients, the commercial banks of the PRC will be the pioneers. At the same time, the payment system will be free, and the issue of the cryptocurrency itself will be added to the M0 money supply (highly liquid currency).

A common digital currency is a logical next step, as the population has long been actively using mobile payments instead of cash. In China, even the market can be used to pay with a QR code, and the two dominant platforms - Alipay from Alibaba and WeChat Pay from Tencent - had over 890 million users in 2018.

In addition to the active development of financial technologies, robots are already being actively used in mainland China. Ele.me and Meituan Dianping, the main food delivery companies, are using robots to hand over the order to the customer inside the office, thereby unloading the courier and reducing the speed of delivery.

Thus, the Shanghai startup Yogo Robot delivered more than 150,000 orders around the city with its robots over the past year. The robot can make the courier save about a third of its time on each order, since the courier can leave food in one of the device's four lockers, which are opened with a password. The robot can even call the elevator and, based on cameras and sensors, decide if the elevator is full to enter.

As for self-driving cars, in April 2020, Shanghai became the first city where residents can take a taxi without a driver. The technology is implemented by AutoX in autonomous regions approved by the local government.

With an excellent track record of establishing competitive economic zones, China has long since expanded its preferential programs in innovation and new technology, where national startups were born. Now these are international giants with interesting innovative developments and prospects.

Technology is used everywhere. The PRC is the undisputed leader in the field of electronic public transport - 99% of the 385,000 electric buses in the world operate in the country. Back in 2016, Jinan opened its first solar highway and plans to build a 161-kilometer highway between Hangzhou in the east of the country and the industrial center of Ningbo in the southeast.

And China's China Construction Bank opened the world's first bank with robots in April 2018 in Shanghai. In the department, only artificial intelligence robots and a range of interactive devices that include augmented and virtual reality work with clients.

Today we are not just seeing China, which develops technologies, but China, which sets the pace for the introduction and application of innovations in all spheres of the economy. Platforms and conferences for the exchange of technological experience are open for counterparties from Russia. The largest corporations in China are also ready to attract young professionals from different countries who can gain unique experience, and companies from Russia are ready to participate in special export programs together with Chinese giants.

China is also always actively looking for expansion opportunities and organizing joint ventures in Russia. Companies receive not only capital, but also technologies, modern equipment, the latest tools and a promising sales market.

Five tips for crypto owners: how to protect your browser from hacker attacks

Why has gold never been so expensive and what is the "gold rush" of the XXI century?

"Fair Startups" Able to Kill Innovation in the DeFi Sphere