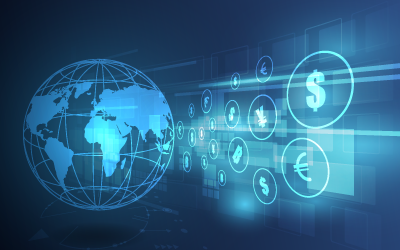 For many years in a row, the dollar has been predicted to lose its status as a global currency. At one time, the euro was a contender for world domination, then they began to bet on the yuan. Today, they believe that cryptocurrency should take the throne. Despite all the talk and rumors, the position of the dollar in the global economy has not changed much.

Coronavirus infection, and the problems caused by it, both in the world and in the American economy, have become one of the factors that, according to ill-wishers, should deal another blow to the weakening dollar.

The fact is that the American authorities, trying to save the economy, actually flooded it with unsecured money. The market fears a future depreciation of the US dollar. By the way, this fear served as the basis for the rally in the gold market. World investors were shifting their dollar savings into the yellow metal to protect them from inflation. If in September 2019, $ 1,500 per ounce of gold was requested on world markets, then in September of this year the price goes in the range of $ 1,900-2,000.

Earlier it was reported that in 2021 fiscal year, the US public debt will jump to almost 100% of GDP. The American economy has not seen such indicators of public debt since the Second World War. For example, 13 years ago, the size of the national debt was estimated at 35% of GDP.

But it seems that the dollar itself does not even think to yield its positions in the world market. For example, if you look at the latest SWIFT data, you will notice that almost half of the world's payments today are made in US dollars. And if you think that the position of the “American” has somehow shaken, then just compare the share of the dollar in world trade today and 2 years ago. The dollar has become more common. It is interesting to see the dynamics of the Chinese yuan. Although the economy of the Celestial Empire is the second in the world after the US, nevertheless, the Chinese currency is not yet very popular in global trade. The share of the yuan remains low.

De-dollarization in Russia. How is it going?
In Russia, however, they are actively making plans to abandon the dollar. For example, last year it was announced that officials were planning to increase the share of Russian ruble payments in foreign trade from 20% to 30%. In the meantime, the main share of calculations is occupied by the dollar. In second place is the euro.

Today Russia is negotiating with a number of countries on the issue of moving away from the dollar in mutual settlements. For example, the issue of trade in rubles and lira was discussed with Turkey. The country is moving in a similar direction in relations with China.

So far, the Russian ruble is the main settlement currency only within the Eurasian Economic Union, which includes Russia, Belarus, Kazakhstan, Kyrgyzstan, Armenia. Within the framework of this union, the Russian economy is the largest and most stable, therefore, the orientation of trade participants towards the ruble is quite understandable.

Digital Crypto Yuan Challenges
China, apparently, is preparing not only to reduce the share of the dollar in its trade, but to completely displace the American currency from the world throne. And the digital crypto-yuan should help in this. It is an electronic version of fiat currency that runs on blockchain.

According to world experts, China has a unique chance to break the global hegemony of the dollar, and, most likely, Beijing will not miss this rare opportunity.

On the side of China, it has become the only country in the world that has gone the farthest in terms of introducing cryptocurrency at the state level.

China is a powerful and strong economy that can afford relationships with its partners based on payments in cryptocurrency without the participation of the dollar and American financial systems. In this case, the position of the dollar will be greatly shaken.

Finally, cryptocurrency is new technologies, high speed of transfers, and absolute transparency. No matter how the world clings to the good old dollar, the day will come when digital currencies will become the main driving force on the planet.

And at the end, let's note about modern online loans. If you urgently need money on credit, then MFIs are ready to help. By leaving an application online, the client will receive the lender's decision in 5 minutes, and then the money to his bank account.

Five tips for crypto owners: how to protect your browser from hacker attacks

Why has gold never been so expensive and what is the "gold rush" of the XXI century?

"Fair Startups" Able to Kill Innovation in the DeFi Sphere

Mozart for epilepsy, the green light for migraines: Industry 4.0 Digest No. 24

How to make money quickly on cryptocurrency. 4 ways