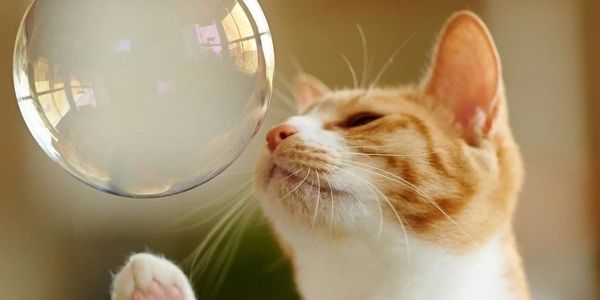 Signs of speculative trading are visible all over Wall Street. Penny stocks soared upward. Investors are mindlessly buying up shares of popular companies. What to do in such market conditions?

Last week, U.S. ETFs raised $ 7 billion as investors are ready to make the most of popular sectors from solar power to robotics. The S&P 500 gained 1.9%, posting its best weekly performance since November, while tech stocks hit highs again.

Giants such as Citigroup Inc and JPMorgan Chase & Co are increasingly warning investors of overheating in a wide variety of market sectors, from shell companies to cryptocurrencies. Still, with another stimulus package emerging, Wall Street investment managers are advising to keep investing in the market as the rally continues.

“The survey results reflect only the words of investors, while market indicators show what investors are really doing,” wrote Ed Clissold and Thanh Nguyen of Ned Davis Research in a report analyzing investor sentiment. "Market indicators point to an increase in speculation."

It really is. Retail traders are pursuing the most speculative strategies, the market for new issues is on the rise, and short interest in the SPDR S&P 500 ETF Trust is close to a ten-year low.

The data show that market participants have become much more interested in securities after another round of stimulus measures, and this is not just about retail investors. A record number of investors with total capital of $ 561 billion believe they are taking on a level of risk higher than usual, according to the latest Bank of America Corp poll.

Unsurprisingly, Clissold and Nguyen gave the following title to their research report, "Are the Bears Still Alive?"

Goldman Sachs Group strategists believe that overheating is clearly present among fast-growing stocks with off-scale multiples. It is also typical for specialized companies for targeted mergers and acquisitions - or simply SPAC.

However, they note that overall market valuations are below the historical average when the yields on Treasuries, corporate loans and cash are taken into account.

Citigroup shares this opinion. A team of strategists led by Robert Buckland weighed global stock prices on both a relative and historical basis and concluded that even such expensive US stocks may still have a lot of room to rally.

“We are by no means advising chasing a bubble,” they wrote on Friday. - It can burst at any moment. But if the CAPE reaches previous highs, the US indices could rise another 50-100%. And this is provided that we take absolute estimates as a basis. Compared to bond yields, even the Nasdaq looks cheap. ”

Nevertheless, hot IPOs, the increasing popularity of thematic investments, a boom in day trader activity and bursts of cryptocurrency growth are all reasons why concerns about bubbles have become the focus of attention, JPMorgan strategists led by Mislav Mateika wrote on Monday.

"Money can be made even as the bubble blows."

Treasury yields cannot exceed 1.2%, a number of investment grade debt offers near or below zero yields, and junk US bond prices are close to all-time highs.

All this leads to an increase in the risk of inflation. All other things being equal, rising consumer prices tend to undermine the value of long-term bonds. This scenario could come true soon enough: 77% of respondents surveyed by Deutsche Bank AG last week noted inflationary pressures.

Alberto Gallo, for example, plays defense. The money manager at Algebris Investments in London has invested a third of his fund in cash and market hedges, anticipating good deals on the sale.

As the Citigroup team noted, history shows that money can be made even as the bubble blows. Yes, one day a real bear market will come, but before that "multiple small bubbles will appear in the markets," the experts explain. In addition, the cash hidden under the mattress will definitely not increase your capital.

“People complain about valuations, but they are sitting on a cache that would be better to invest,” says Maria Staheli, senior portfolio manager at Fisch Asset Management in Zurich. “If you don’t invest, you have to deal with the real value given the negative deposit rate.”

However, given the historical asset valuation and the high degree of risk, BofA strategists warn that a market correction is likely inevitable.

illustrious among the S&P 500 companies. However, they made much more money thanks to five other firms.

5 of the 100 companies most purchased by millennials at the end of 2020, including Plug Power (PLUG) and FuelCell Energy (FCEL), as well as NIO (NIO) and two others, surpassed even runaway S&P winner in the past 12 months 500 Tesla based on Apex Clearing analysis.