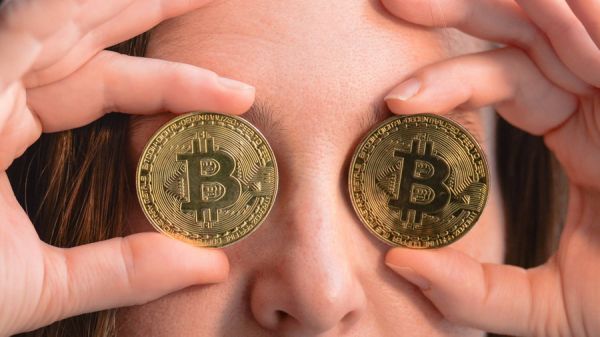 A panic sale has begun on the crypto market. Bitcoin fell rapidly. This happened under the influence of new factors that can bring down the coin rate in the next month. To what marks will the cryptocurrency fall in price and what should investors do to save their savings?
How long will the bitcoin rate fall

Last week, Bitcoin reached an all-time high of over $ 41,000. For comparison: in December 2017, it grew to 20 thousand. Since then, bitcoin has become rapidly cheaper, and many investors have lost interest in the crypto market.

This winter, a situation developed that turned out to be very similar to the story of 2017. Bitcoin suddenly began to rise in price sharply. And so much so that it broke the previous historical record more than twice. However, this week the cryptocurrency began to rapidly lose in value. Only on Monday, bitcoin fell immediately by 20%, and the rate dropped to 30,000. Then there was a correction to 36,000, but there is every reason to believe that a downtrend is starting.

- The fall is due to the extremely high growth rate of bitcoin. The traders' fear of a correction gradually increased. Because of this, the demand for the asset decreased. And at the level of 41,538 (on my chart) there was a resistance level, which eventually became a reason for a correction. First, the price moved into a side channel between 39,000 and 41,400, and after breaking through its lower border, a panic sale began, ”said Yuri Mazur, head of data analysis at CEX.IO Broker.

- The fall of bitcoin is associated with the flight of investors from risky assets. This happened against the background of the strengthening of the US dollar at Forex. Since bitcoin is a risky asset, it did not manage to avoid a fall, - said Vladislav Antonov, an analyst at IAC Alpari.

The reason for the decline was a general increase in market risks in connection with the storming of the US Capitol, the threat of impeachment to Donald Trump, and a general increase in tension around these events. In such circumstances, many investors felt that it was a good time to take profit. Mark Goikhman, chief analyst at Teletrade, says this.

He believes that the further bitcoin rate will largely depend on what scenario the situation in the United States will develop and how quickly the markets calm down.

Over the past four weeks, Bitcoin has risen in price by 120% - to $ 41,950 per coin. It grew by about $ 5,737 in a week. According to Vladislav Antonov, you need to understand that where there is high profitability, there are high risks of losing money.

- If an investor is not ready for falls by 30-40%, then it is better to choose another market for investment. In any case, he must initially decide what risk he is willing to bear in the worst-case scenario. Otherwise, you can wait for years to recover from the fall. For example, just look at 2018 after the rally in 2017, Vladislav Antonov explained.

According to him, now is a good time to sell cryptocurrency, for those who are getting nervous and afraid of losing money. The fact is that even after a strong fall this week, bitcoin can still renew the maximum, because it is bought with altcoins.

“If buyers are able to gain a foothold above 39,500 and this rate lasts more than three days, then the growth is likely to continue to 46,700,” says Vladislav Antonov.

one should be surprised at the sharp fluctuations in the bitcoin rate. Such large-scale ups and downs of cryptocurrencies are associated with their characteristics. Bitcoin is fundamentally different from stocks, currencies and raw materials in that it does not have a solid material basis. Its virtuality and speculativeness make it possible to both raise and lower the rate much more than that of fiat money, - explained Mark Goikhman.

However, there are also grounds for a new rise in the cryptocurrency rate. The head of the analytical department of AMarkets Artyom Deev recalls that last week the asset growth was stimulated by statements from various large investment funds. They announced that they intend to invest large funds in bitcoin (hundreds of millions of dollars).

- The behavior of a private investor will now depend on the chosen strategy. If you planned long-term investments, then you need to wait out this situation and at the peak of the fall in bitcoin to buy an asset at the optimal price. Because in the future it will grow again and, according to various forecasts, may exceed the current levels by several times. If the task was to make money in a short period of time, then it is worth starting to take profits and selling cryptocurrency, - explained Artyom Deev.