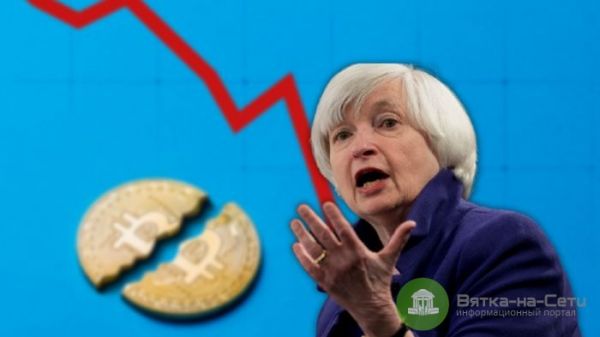 While tough Russian guys in the depths of the Norilsk ores are trying to extract at least a small fraction of the world's block of bitcoins, perhaps its whole fate is being decided on the other side of the world.

Janet Yellen was asked what she thought about the use of cryptocurrencies by terrorists and other criminals at a hearing in the US Senate Finance Committee on her confirmation as Treasury Secretary.

“Cryptocurrencies are in the area of ​​special attention. I think many of them are used, at least in the context of transactions, mainly for illegal financing, ”was the answer.

In addition, she intends to "explore ways in which we can restrict their use and ensure that these channels are not used for money laundering."

Financial networks using blockchain technology are attractive to criminals because, unlike most traditional financial institutions, they do not require users to identify themselves. Since such networks are not controlled by specific individuals or legal entities, it turns out to be very problematic for states to compel them to comply with the requirements of anti-money laundering legislation.

Therefore, regulators in the United States and many other countries prefer to focus their efforts on regulating cryptocurrency exchanges that trade between crypto and real currencies. Once such an exchange has identified the recipient of a specific payment in cryptocurrency, law enforcement agencies, if necessary, can track subsequent payments made within blockchain networks using publicly available transaction records.

According to the new rules, cryptocurrency exchanges will have to inform FinCEN of all transactions in cryptocurrency in excess of $ 10,000. This procedure now applies to ordinary banks and the cash of their customers.

Assistance in the selection of financial services / organizations
Even more controversial for the cryptocurrency world, FinCEN wants to introduce requirements for the way transactions are kept that include users managing their own private encryption keys, which FinCEN calls "orphan wallets." FinCEN suggested that if a user of a cryptocurrency exchange sends more than $ 3,000 to such a wallet, the exchange will have to keep a record of such a transaction, including the identity of the user who initiated such a payment.

These initiatives were not destined to take effect under the previous administration, so the Biden administration will now have to decide what to do with them. She can support them, rewrite them or discard them as unnecessary. But judging by Yellen's comments on Tuesday, she is unlikely to forget about them. However, in the next four years, the US Treasury Department is likely to consider additional measures to regulate the blockchain economy.

There is no reason to doubt that Janet Yellen is not joking. As they say, she is a lady in economic and financial circles, not only in the United States, but also in the world. In addition to her academic career, she is also very familiar with the political side of the issue. So, from 1997 to 1999, she headed the Council of Economic Advisers under the President of the United States, worked in various positions in the Federal Reserve System, including being its Chairman from 2014 to 2018. Working as finance minister of the world's largest economy undoubtedly obliges the head of the department to be sensitive to all world financial innovations, not only in terms of their potential benefits to the economy and development, but also in terms of security.

At the end of the story, it will be appropriate to recall the fate of Telegram's cryptocurrency. After two and a half years of work on the blockchain project, Pavel Durov had to give it up. And the obstacle on his way this time was not the grating with the special services and corrupt Russian officials, but the decision of the US court.

So you think another time, starting to do something beyond the Arctic Circle, who should you ask permission?