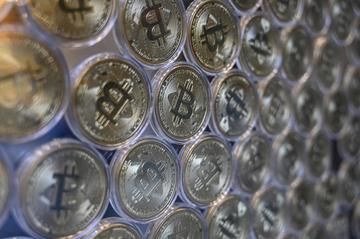 Tehran has accused Chinese cryptocurrency miners of power outages in Iran, as well as environmental pollution. The suspicions of Iranian media and officials fell on a large Chinese mining farm near the city of Refssenjan, writes Middle East Eye in Iran: Is Chinese Bitcoin mining behind the country's massive power blackouts? The Iran-China Investment Development Group farm, which employs 54,000 miners, is considered the largest authorized site for Bitcoin mining in Iran. The enterprise consumes 175 megawatt-hours of electricity.

The farm itself denied all allegations, saying the power outages were due to inefficiency in Iran's electricity industry. However, following a public outcry, the governor of Refsengan Fassikhi Kharandi announced that the farm had voluntarily ceased operations. “Representatives from the bitcoin mining farm said that the purpose of shutting down the unit is to provide electricity to people in residential areas and prevent further power outages,” the official said.

It was then announced that all bitcoin mining farms in the country were shut down for two weeks. The controversy not only raised questions about the viability of cryptocurrency mining in Iran, but also exposed significant disagreements in the Iranian political establishment over relations with China, with some pro-Chinese figures accusing pro-American agents of trying to blacken Beijing on the issue.

Conservative analyst Hossein Kanani-Moghaddam sees the hype as an attempt to marginalize Chinese influence in Iran. Earlier it was reported that the Iranian government approved a draft 25-year agreement with China on economic and political cooperation. Critics said Tehran agreed to a "colonial" deal that would allow China to plunder Iran's natural resources and oil reserves. “After the media leaked a report on Iran’s 25-year agreement with China, negative anti-Chinese propaganda began in the country,” Kanani-Moghaddam said. “I think that people close to the West are behind this propaganda.”

There have been reports of another Chinese mining farm operating in the Aras Free Zone in northwestern Iran. The information was later confirmed by Deputy Minister of Communications of Iran Amir Nazemi. However, representatives of the power industry in the Aras free zone reported that there are no Chinese mining farms in the zone.

Mohammad Reza Sharafi, head of the Association of Cryptocurrency Farms, stated that 90% of people who mine cryptocurrencies work in free and special economic zones.

In response to a question about the states involved in mining in Iran, Seper Mohammadi, chairman of the board of the Iranian Blockchain Association, said that "there are Chinese and Indian mining farms in the country." Referring to a study conducted about two years ago, Sharafi said there were 500,000 mining computers in Iran at the time.

Ali Shariati, a reformist and senior member of the Iranian Chamber of Commerce, said that "there are those in Iran who seek to create an anti-Chinese atmosphere in the country with the sole purpose of settling [internal] disputes." The Chinese issue in Tehran has turned into a political one, although earlier it mainly concerned the diplomatic and economic planes. Many people downplay the importance of ties with China. Mustafa Rajabi Mashhadi, a spokesman for Iran's national electricity grid, said the main problem is related to unauthorized mining of cryptocurrency: “Cryptocurrency miners consume more than 300 megawatts of unauthorized electricity. The increase in the price of bitcoin, which was once $ 8,000 and now has reached over $ 30,000, has led to an increase in the number of miners. "

Several Iranian-authorized miners have expressed concern about the atmosphere created against them by power outages. “Unfortunately, no matter what happens, officials blame the miners for everything, although all the problems are the result of their own irresponsible attitude,” said Mohammadi. - The amount of electricity consumed by miners in Iran is small. All this hype is a kind of news story. "

Sharafi said some of the media wanted to “turn the far-fetched problems into real ones. Their goal is to deprive the country of the possibility of mining cryptocurrencies. " “4% of the world's total cryptocurrency mining is produced in Iran. (According to other sources, 8%. See Iran had 8% of the total number of bitcoins in the world. Only the USA and China have more). Bitcoin mining costs 12 thousand megawatts every hour. Considering Iran's share, we can say that about 600 megawatts of electricity are consumed every hour, while the Ministry of Energy has issued a permit for 310 megawatts. ” Sharafi warned that negative sentiment could lead to Iran losing the chance to profit from the industry.

power supply. According to Abuzar Salehi, General Director for International Affairs of Iran's Electricity Industry, “One of the factors driving up electricity consumption is unauthorized mining of cryptocurrency, and so far we have identified about 1,600 unauthorized cryptocurrency miners. The mining devices were seized and power consumption was restored.

Later, the Ministry of Energy promised citizens a reward for detecting unauthorized miners. As part of the largest nationwide program to combat unauthorized use of electricity, 45 thousand miners were identified. “Unfortunately, due to the sanctions and the ensuing recession, many industrial and manufacturing parks, which receive cheaper electricity from the government, are illegally mining virtual currency,” Sahriati said, urging the state to clarify its position on unauthorized miners.

There were also questions about government and government organizations using the services of unauthorized mining farms. In 2019, Iranian MP Fatima Zolkadr reported that two studios owned by state television were mining cryptocurrency. Mahmoud Vayezi, chief of staff for Iranian President Hassan Rouhani, denied the allegations, saying the government did not have mining farms, but said nothing about state-owned TV channels.