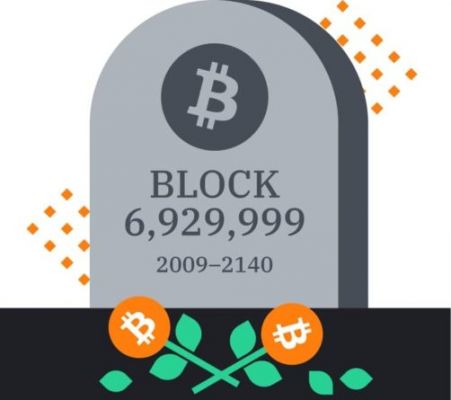 Bitcoin has a distinctive feature - limited emission, which gives the coin significant deflationary indicators. This is especially important now, when the central banks of states are turning on printing presses, trying to reduce the impact of the economic crisis, which provoked a fall in the world's GDP by 3-4%. Trying to save their investments, users went to Bitcoin and other currencies, while central banks provoke inflationary processes in the economy. But BTC will not last forever, the moment will come when the last coin will be mined. Bitcoin: Current Situation At the moment, miners have mined approximately 89% of BTC. The overwhelming majority of them are in circulation on the market. It has been determined that there are 18.6 million Bitcoins in circulation on the market, or 88% of the maximum issue size set at 21 million. What does this mean? Users have left to mine 2.4 million coins. According to mathematical models, it will take users about 119 years to mine the remaining 11 percent Bitcoins. Thus, in 2140, coin mining will stop. Every 4 years, the number of coins that are produced during the mining of a cryptoblock is reduced by 2 times. At the moment, 1 block costs 6,250 BTC, to get it, you have to spend about 8-10 minutes. In 2024, the value will drop to 3.125 BTC per block. In 2028, the reward will be reduced by 2 times again, the cycle will continue until the last bitcoin is mined. Now 800 to 900 units of the first cryptocurrency are mined per day. Through this reduction function, Bitcoin is becoming a currency whose value will continue to grow. As a result of the growing deficit, coins are bought mainly by institutional funds and cryptocurrency whales. Already over 30% of Bitcoins are now stored in the addresses of whales and institutional funds, and their number continues to grow. It is worth noting that back in 2018 it was estimated that already 4 million Bitcoins were “lost”, 2 million coins were stolen. An estimated 4m BTC lost, 2m BTC stolen. @lopp at #BuildingOnBitcoin pic.twitter.com/xsXayfKiaP - Willy Woo (@woonomic) July 4, 2018 There are currently no more than 14 million coins on the market that can be traded and used. And for the next 119 years, users should stretch the mining of 2.4 million coins. What happens when the last bitcoin is mined? The last bitcoin should be received in 2140. Mining equipment will stop working, but it will most likely remain as an effective financial instrument. It is not known what will happen to society in more than 100 years, but cryptocurrencies should remain. Perhaps Bitcoin will become digital gold, the new financial system of a virtual civilization, where the old banks and regulators will cease to exist. In terms of value, the price will go up, but whether 1 Bitcoin will be worth several million dollars is unknown. Fake BTC may appear. Regulators will be able to create universal rules for working with the coin, the price of commissions will increase. It should be said that the possibility of making changes to the coin code to increase emission is periodically discussed. However, the likelihood of this is small, and even if someone can do it, such a step will cause a collapse of the currency, since the inflationary law comes into effect, the economic model of Bitcoin will collapse. Miners will become more and more involved in mining, as they will feel distrust of the immutability of the coin code. The cost of Bitcoin will collapse to a minimum value of several dollars, the cryptocurrency market will collapse in 2-3 months. But such a scenario will most likely not be realized, since everyone will suffer losses. The most likely scenario is that after the last coin is mined, miners will switch to other cryptocurrencies, which will then be of economic value. It is hardly possible to expect that the profit will be high, as it is now, but the market will be represented by a significantly larger number of alternative cryptocurrencies. Therefore, it can be predicted that the popularity of currency mining will grow exponentially. Conclusion In conclusion, we can conclude that Bitcoin will be mined soon. In 2140, one of the miners will receive the last coin. But Bitcoin won't leave the market. It is impossible to say what its cost will be at that time. Most likely miners will start mining new currencies. BTC will be the gold digital standard for the entire cryptocurrency economy. But another scenario is also possible - it will be destroyed by a quantum computer, the need for it will disappear. The cryptocurrency market will cease to exist. Or the legendary Satoshi Nakamoto will appear and change the whole cryptosphere again. How likely are such scenarios? Everything is possible, it is pointless to give forecasts for 100 years. In the meantime, Bitcoin remains among the leaders in popularity and capitalization.
Comments and reviews (0)
No comments yet
Add comment
Read also: