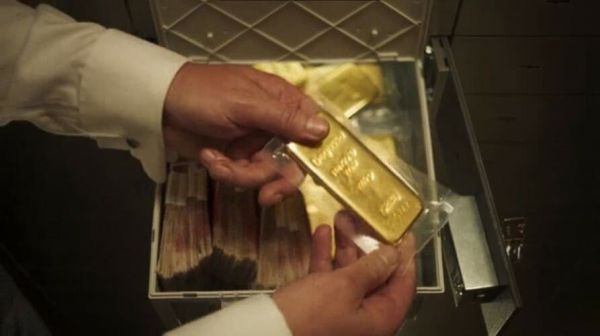 The central figure in the eight-part documentary is Cal Penn, an American actor and producer known to viewers from the TV series The Big Bang Theory and House Doctor. In a fascinating and sometimes comical form, using the example of different countries, he talks about the pressing economic problems associated with the global monetary system. As it turns out, there are many similarities in the economies of the United States, India or, for example, China. The themes presented in the series are designed not only for professionals in the field of finance and economics, but are also easily perceived by the average viewer. The episodes contain archival footage, interesting and little-known facts, interviews with experts and comedy screensavers. Each series is devoted to a separate large-scale problem in the global economy. Series 1. Money Laundering: A Practical Guide. Explains what money laundering is. How can someone who has criminally obtained funds withdraw them through a legitimate business? Series 2. "Rich m *** ki". The host ponders why all rich people are f *** ks and psychopaths and how it helps them make millions. Or is it money that makes them that way? Series 3. "Series about rubber". It talks about why rubber is so important to the global economy - even more so than oil or gold. Rubber is on the brink of extinction: how to solve this problem, much more urgent than global warming or corruption? Indeed, without it, an economic collapse will simply arise, because the material is used almost everywhere, and there is nothing to replace it with. Series 4. "Artificial Intelligence". This episode tells about the moral and ethical issues facing humanity with the development of new technologies. Could machine intelligence spiral out of control in the future? And if there is such a possibility, how to avoid it? Series 5. “Counterfeiting is killing the economy”. The presenter learns interesting facts about the forgeries that surround us everywhere, and what danger they pose. Is counterfeiting really linked to global terrorism? Series 6. "Series about death". It tells about a global industry built on death and why funerals are so expensive. How does the "funeral mafia" make huge money, and who sets the price of life? Series 7. "Money - complete nonsense?" In this episode, you will find out if money is really valuable or if you can do without it. What is cryptocurrency and what are its prospects? Series 8. "Corruption". Tells about corruption schemes in various areas of life of a modern person. Why "quid pro quo" bypassing legal mechanisms is the scourge of almost any state? Viewers travel around the world with the host, visiting the rubber plantations of Thailand, a crypto farm in Prague, banking institutions in Cyprus and the United States. Cal Penn meets with experts and famous people, discusses exciting financial topics. From the series "A Creepy Monster Called World Economy" you will learn how dirty money is laundered through art auctions, how shell companies are created and the population is driven into debt bondage, how the death industry and corruption work. Most of the film focuses on the shadow side of the global economy, common to most countries, but rarely seen by the average person. Quotes "Whether you like it or not, we are all tied by money." "There is a whole secret international financial system created so that criminals can spend their money without advertising the way to get it." “It's hard to believe that inventors and imitators are helping each other. But this is part of the natural economy, like nature itself. "
Comments and reviews (0)
No comments yet
Add comment
Read also: