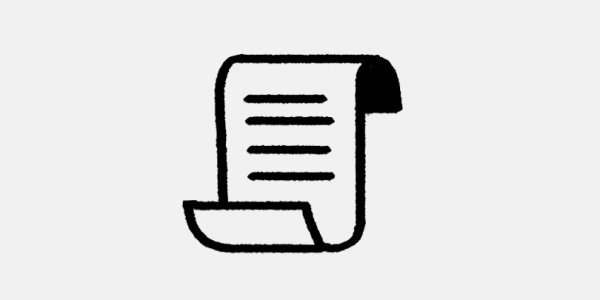 How to create a "smart" contract, what advantages and disadvantages they have. RBC-Crypto answers all questions about a promising new technology

A smart contract is a computer program that fulfills agreements concluded between two or more parties, as a result of which, when certain conditions are met, certain actions take place. That is, when a previously programmed condition is triggered, the smart contract automatically executes the corresponding agreement. If we consider a regular contract and a smart contract, then we can definitely say that they are both agreements in which two or more parties agree to abide by a number of conditions. Their fundamental elements are the same: voluntary consent of all parties, the object of the contract (goods or services) and a single goal. However, both differ in three factors: the way of writing, its legal implications, and the concept of compliance.

History of smart contracts
The term “smart contracts” was coined by software scientist Nick Szabo, probably in 1993, to explain the purpose of implementing what he called “highly developed” contract law and related business practices in e-commerce into protocol development. Szabo, inspired by researchers such as David Chaum, also believed that developing smart contracts through the execution of cryptographic protocols and other digital security mechanisms could be a significant improvement over traditional legal contracts.

Szabo used the word "smart" in quotation marks and stated that artificial intelligence would not be involved. He gave a classic example of a smart contract: a vending machine. If the terms of the "contract" suit the buyer (that is, he puts money into the machine), then the machine automatically observes the terms of the unwritten agreement and provides the purchase.

Several formal languages ​​have now been developed and have been proposed for defining the terms of a contract. At the moment, there are many working groups specializing in smart contracts, which are facilitating the continuation of this research in the future. Before the advent of blockchain, there was no platform that could make smart contracts a reality, so it was only defined conceptually.

How do smart contracts work?
Smart contracts are completely digital and written in a programming language. In addition to setting commitments and consequences in the same way as in a regular physical document, code can execute automatically. Consequently, he can receive and process information relating to negotiations, already taking action in accordance with the rules of the contract. BTC is limited in the use of tokens for financial transfers.

The Ethereum platform has been used to distribute decentralized applications (DApps). Instead of many applications managed by many protocols, Ethereum allows all applications to be managed over a single protocol.

Ethereum is a platform that allows developers to create any program and run it on the main functions of the blockchain, using smart contracts to automatically execute their actions, using predefined conditions built into the algorithm. If the conditions are met, the specified function is automatically terminated without the need to take any action.

Benefits of smart contracts
By using smart contracts, you no longer need to resort to the help of a third party, for example, a lawyer or a notary, which, in addition to possible errors, entails significant costs. Blockchain is capable of securing information on an encrypted network that can be accessed from anywhere in the world, so speed and security are obvious. The most important advantages of contracts are:

Autonomy
These contracts are always concluded between one or more natural or legal persons, but without intermediaries. No lawyer is required to confirm the contract. Therefore, the parties reduce and may even eliminate any superfluous person who does not participate in the contract.

Since contracts are not dependent on a third party, costs are reduced. Less human intervention results in lower costs.

Smart contracts use code to automate tasks that would otherwise be done manually. Therefore, they increase the speed of business processes and are less prone to manual errors.

By basing contracts on the Ethereum blockchain, they cannot be lost. Everything is immutable. Nothing and no one can make it disappear, and you always have access to them.

The decentralized management process eliminates the risk of manipulation, since execution is automatically managed by the entire network, not a single piece.

Disadvantages of smart contracts
On the other hand, programs of this type also have certain disadvantages. The main one is mainly in the use of technologies that it uses: the Internet of things and blockchain.

The IoT can provide connectivity to assets, but it still has a long way to go in security. IoT devices are easy to hack. The blockchain is more than secure, but it is immutable. Once the terms have been agreed upon, they cannot be changed later, which is disadvantageous for one of the parties.