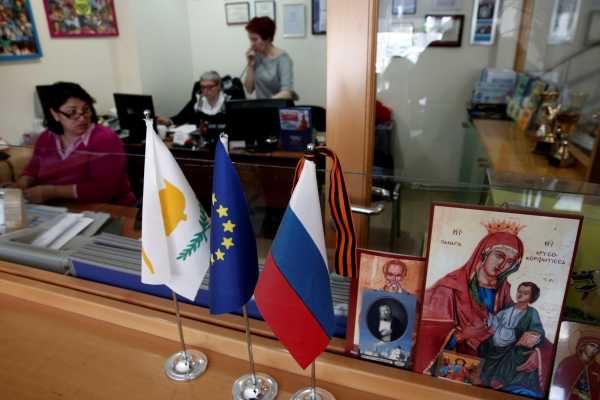 IAC Alpari: In theory, this trend should increase the demand for cryptocurrency.
Cyprus has decided to cancel the Citizenship by Investment Program (Golden Passport Program) effective November 1, 2020. The reason for the abolition of the authorities was called abuseprogram. Alexander Razuvaev, head of IAC "Alpari", comments on the situation. Yesterday Al Jazeera released an investigation that several high-ranking officials, politicians, lawyers and developers in Cyprus were allegedly involved in a scheme that allows criminals to obtain Cypriot passports in exchange for investments. In August, Al Jazeera published information on 100 holders of "golden passports", most of whom, according to journalists, do not comply with the new rules for obtaining citizenship. Among those mentioned in the investigation were 39 Russians. Al Jazeera classified the well-known oligarchs Oleg Tinkov, Vadim Moshkovich and the former billionaire and ex-shareholder of Promsvyazbank Alexei Ananyev to the “high risk group”. After the publication of this material, the Cypriot authorities initiated the verification of all issued over 18 years of the program "golden passports".

Cyprus was one of the most popular countries among Russians in terms of obtaining a second citizenship. So, in 2017, more than 5,517 people received the citizenship of the country, of which 23.8% (1,313 people) are Russians, Eurostat reported. Oleg Deripaska, Dmitry Rybolovlev, etc. received the citizenship of the country. During the pandemic, against the background of restrictions on travel around the planet, the demand of wealthy Russians for second passports has grown significantly. However, the situation in Russia and the world for the "offshore aristocracy" is getting worse. The risk of assets being seized abroad has grown significantly in recent years. The Russian Federation has introduced a tax on bank deposits and a progressive scale of personal income tax, an increased tax on the profits of financial companies is being considered - this practice existed in Russia at the dawn of market reforms. The first blow was struck back in the mid-2000s, when internal offshores (Kalmykia, Chukotka, etc.) were closed in Russia, which made large oligarchic companies their profit centers. This step was the reason for the conflict between Yukos and the then Finance Minister Alexei Kudrin.

In theory, this trend should increase the demand for cryptocurrency, however, we do not think that this will happen. Returning money from offshore and buying, roughly speaking, the Moscow Exchange index is not the worst story in the current situation. The dividend yield of Russian chips looks very good against the background of zeroing rates around the world.